Due to all the restrictions imposed by the pandemic in the last 18 months, it has not been possible to organize the physical competition of the International Final of Global Management Challenge (GMC) 2019. The Final, which should have been held in April 2020 in Lisbon, was initially postponed and later cancelled. Thus, the competition was hold entirely online from July 19 to July 27 this year. After several rounds of eliminations, Macao team excelled among 16 global teams and claimed the honor of World Championship. It is worth mentioning that this is Macao’s 3rd World Champion title after the ones at the 2007 and 2016 editions.

The final was held online on July 27 from 9:00am to 3:00pm in Portugal time zone. The Macao team competed for the world title with the 7 top-ranked countries and regions including Brazil, Czech Republic, Kenya, Poland, Portugal, Russia and Spain. The team had fully met the challenges to display their skills and outperformed their competitors through several rounds of competition and finally crowned the World Championship, while Czech Republic came as the 1st Runner-up followed by Poland.

Mr. Lau Veng Seng, Council Chairman of Macau Management Association (MMA), as well as the organizer of GMC Macao Region remarked that in spite of challenges brought about by COVID-19, the team had gone above and beyond, demonstrated resilience and given their best shots. Mr. Lau congratulated the winning team on their outstanding accomplishment and commended for their tremendous efforts in preparing for the competition as well as perseverance in adversity which made him proud. The team expressed that it had been a valuable real-practice experience for them, not only enhancing the knowledge they had learned but also improved their capabilities in management and decision-making; as well as to understand the management culture and operation methods of different places, and therefore broaden their horizons.

There were 178 teams took part in the “Bank of China Trophy” GMC 2019 - Macao Region with 158 student teams and 20 corporate and mixed teams. Team Instinctive comprised 4 undergraduate students from Macau University of Science and Technology: Yang Yindong, Chen Kehui, Zheng Bowen and Jiang Junyi. They stood out among the teams at the Macao Regional Final and won candidacy for the International Final and compete with the teams around the globe.

In recent 4 decades, MMA is committed to cultivate elites by offering diversified training programs, outbound exchange and international management competition to broaden horizons of the participants to cope with the talent development of the Macao SAR Government. Over the years, MMA has been organizing the GMC – Macao Regional competition successfully and has received numerous recognition and support from various tertiary students and corporates. Stay tuned for updates by visiting our GMC Macao official website at www.worldgmc.com/macao. If you have any inquiries, please contact MMA at 2832 3233. 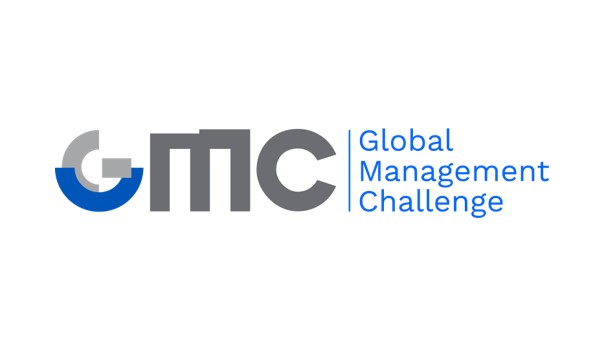