MMA celebrated its 35th Anniversary on April 16 at the Grand Ballroom of MGM Macau. Mr. Chui Sai Cheong, President of MMA indicated that MMA would continue to focus on promoting management disciplines with our passion and efforts and continue to offer our sincere recommendations for Macau stability and continuous development.

Mr. Chui Sai Cheong stated that MMA has been established for 35 years since 1984, which also happens to be the 70th anniversary of the People Republic of China as well as the 20th anniversary of Macao SAR Government. Over the last 35 years, MMA have been committed to our founding purpose and mission in promoting the principles and practices of management disciplines. With the support and trust from various sectors, MMA have gradually seeking breakthrough and pursuing innovation in steady growth for Macao’s sustainable development.

Mr. Lau Veng Seng, Council Chairman of MMA pointed out that MMA have been keeping up with the trend of Macao development and regional changes by establishing the Macau Institute of Management; publishing the Macau Manager Magazines and various management related books; organizing different thematic seminars, workshops, conferences and Global Management Challenge as well as other activates. MMA shall be working closely with the advocate of President Xi Jinping’s national policies for participating in “Guangdong-Hong Kong-Macao Bay Area” and “Belt and Road” initiatives, and actively exploring new cooperation projects with the Bay Area cities aiming to cultivating more future talents for Macau’s sustainable development.

The “Macau Manager Magazine” cover redesigned unveiling ceremony was being officiated during dinner. 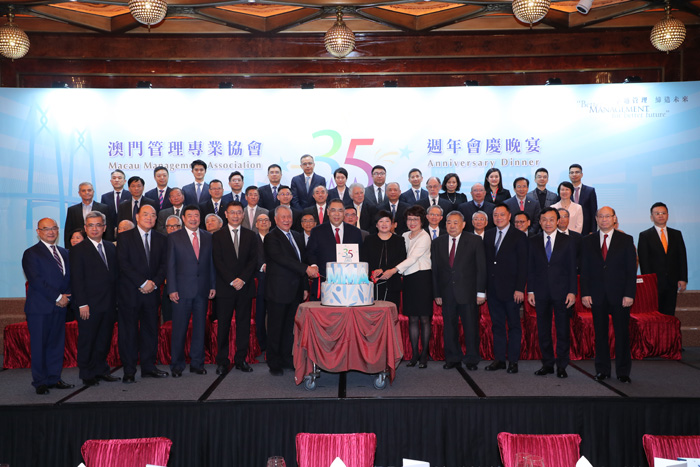 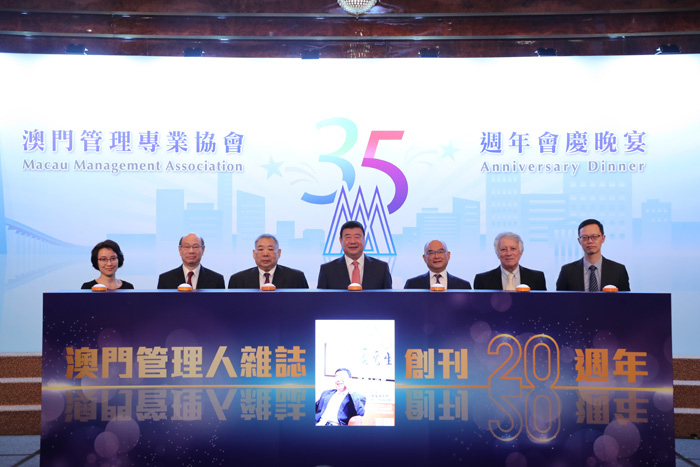