On October 31, Macau Management Association and Galaxy Entertainment Group held the Award Presentation and the 2020 Launch Ceremony in the 8/F Ballroom of the StarWorld Hotel. The ceremony recognized the outstanding performance of the participants in the eighth YAP and welcomed incoming participants to the ninth edition.

Mr. Philip Cheng stated that GEG would continue to broaden teenagers’ horizons and make them think more about the advantages to catch the opportunities.

Mr. Tommy Lau said that Macao was developing rapidly, so teenagers should improve themselves constantly. 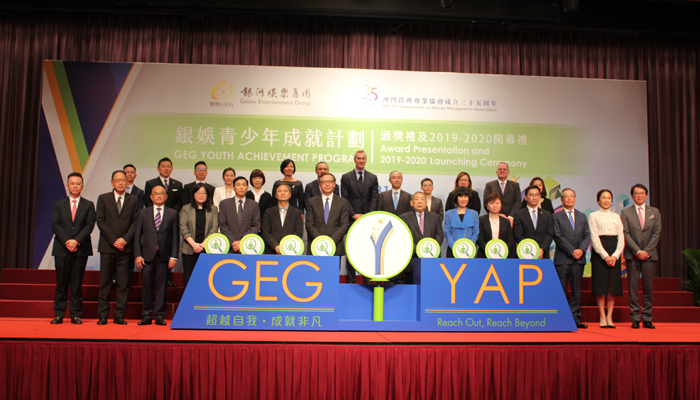