Mr. Lau Veng Seng addressed that the global economy is fluctuating and complex. Macao residents have been witnessing and participating in the changes and development of the state and Macao over the past twenty years. Especially the inclusion of Macao in the "Greater Bay Area" and "One Belt One Road" development pathway, Macao faces unprecedented opportunities and challenges. Talents cultivation is of uppermost priority.

Mr. Sou Chio Fai stated that in recent two years, more than 80% of the respondents of college graduates have found their first full-time job within three months after graduation. It is thus clear that the education level of local residents has been continuously improved. But at the same time, the society should also think about the way out and the upward flow space of the future college graduates.

Mr. Wong Kam Pui indicated that the cities in Greater Bay Area develop rapidly. Accompanied by the strategy of "the Belt and Road", their foreign trade increased. It intensified the flow of talents and also led to the flow of science and technology, production, information and capital. He suggested that talents pool should be established to coordinate with the development of "9 + 2" cities. 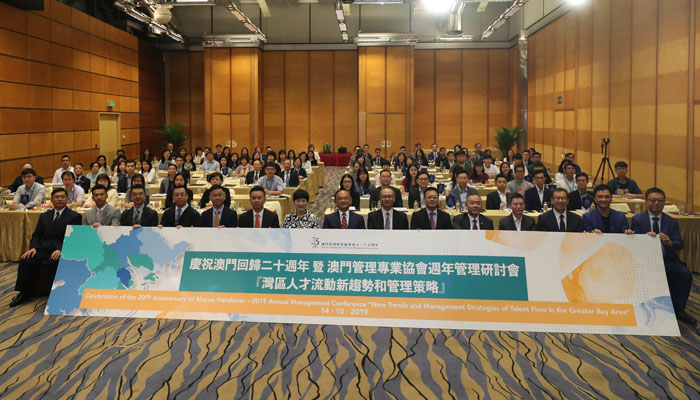